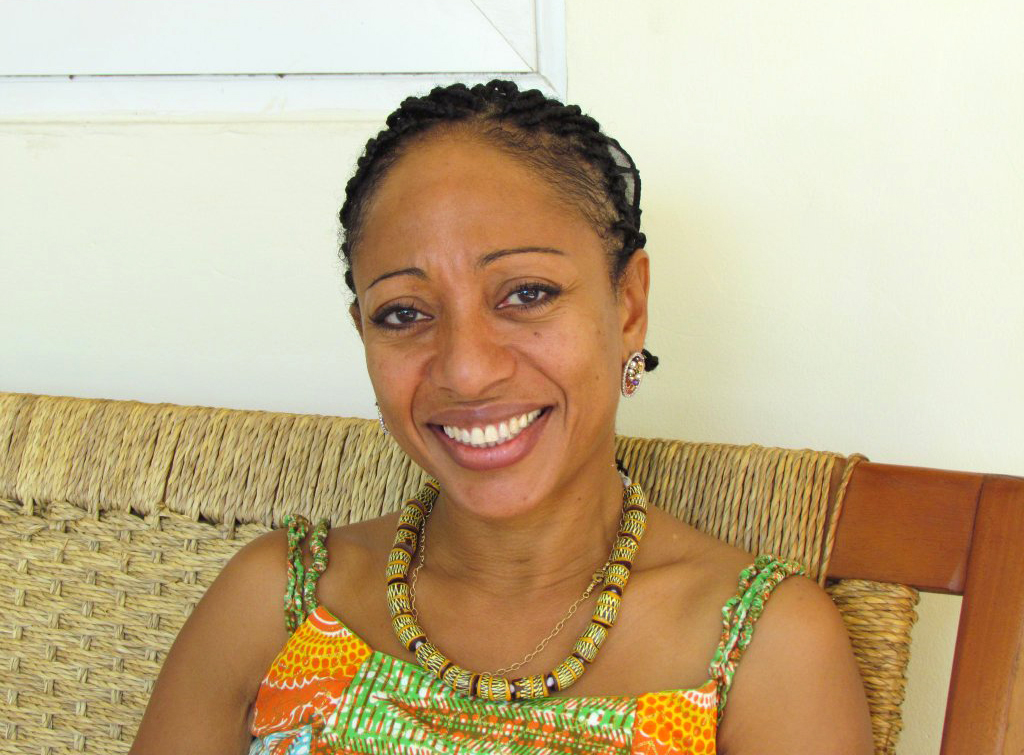 The Minister of Arts and Culture, the Honourable Nathi Mthethwa
Comrade Raks Morakabe Seakhoa, Managing Director of the wRite associates, the
founding and prime movers behind this historically-important project and auspicious
occasion
Members of the Diplomatic Corps
Distinguished Guests,
Writers,
Academics,
Researchers,
Fellow Africans and Comrades,
I am most honoured to be here with you today at this historic 3rd African Century Writers Conference and South African Literary Awards which also falls on the OAU (now AU) declared African Writers Day (7th November) which was instituted to allow us to ” pause and reflect” . It is most propitious that this occasion is also happening in the 20th year of the Liberation of South Africa from Apartheid and if less auspiciously the year in which we are observing the 134th year of the Berlin conference that carved up Africa for imperial interests. It is indeed a moment that should allow us to be retrospective and prospective. How far have we come since our struggles for freedom?

Distinguished guests half a century after the Organisation of African Unity was created to consolidate our political independence and end decades of exploitation and marginalization, we are struggling to survive as micro-nationalist states that quite frankly are economically unviable.
Due to lack of political will we squandered the opportunity to manage our economies properly. We have robbed ourselves of the opportunity to enjoy the fruits of policies that would put us on par with countries that achieved good levels of productivity like Malaysia, Singapore, and South Korea.
We failed to plan and introduce measures to gain economic self-reliance and self-sufficiency that would transform the structure of our economies from dependency on the export of a few raw materials into industrialized and prosperous societies where the basic needs of its citizens are met. The average African, who is by the way a young person, is suffering from this unequal relationship with other continents. The average African pays the price when we produce only basic raw materials and when the more we produce the less we earn. In the sixties a ton of cocoa could purchase a small car, today you need at least 10 tons of cocoa to get the same car.
The wide gap between the revenue and expenditure in our budgets, as well as that between our export earnings and imports gives a clear indication of how heavily our countries depend on international financial and technical assistance. We are not able to fund our own budgets and nearly 60 per cent of its funding is from donors. That dependency is robbing us of the freedom to chose how to develop our nation, what to focus on and what to prioritize. We cannot prioritize our cultural, spiritual and educational needs in such conditions.

We Africans are yet to take control of our nation and our economies. Our dissatisfaction with the state of affairs of our nations’ economies and societies as a whole is very deep indeed.
Our development on a Pan-African scale, never really took off. Intra-African trade has averaged about 12 per cent over the last few decades, compared with over 60 percent of trade among Western European nations.
Our domestic economies continue to evolve around subsistence agriculture, yet the agricultural sector remains the highest foreign exchange earner and the highest employer of labour in many of our countries, providing livelihood and employment to over half of the population in most countries. Yet poverty amongst our farmers is prevalent, and coupled with an exploitative and tenuous land tenure system, the youth of the rural areas have become more and more disinterested in agriculture.
Dominated by foreign interests, the indigenous African industrialists now have very little stake in manufacturing and have turned their attention to imports. The uncontrolled liberalization of imports under the pressure of international financial institutions have driven our industrialists into less powerful and less lucrative sectors such as distribution and retail. There has been steady de-investment in the industrial sector: the end result is the massive unemployment situation we are experiencing today in many of our countries. Yet we are all aware of the dangers of the acute unemployment situation poses to our society and our young democracy.

When we liberated ourselves with great sacrifice from colonial rule, and from apartheid we had great expectations that one person one vote will deliver national prosperity. Instead, corrupt and improper management goes hand in hand with the conspicuous absence of an alternative framework for socio-economic transformation. We are lost because we abandoned our African-centred compass for development. Our development must be informed by our culture and specific context. Where is that independent approach to development? Where are our independent development policy initiatives that are informed by our culture and context, our history and our struggle? We need to review the principles underpinning our economic policy by departing from dependency on recommendations that have had grave consequences for our citizens and our sovereignty.

Overwhelmed by our continent’s struggle for economic and social development, our leaders often lose sight of some of the most important actors and activities that are required to bring that struggle to fruition. One such group of actors often overlooked are cultural activists, especially writers and intellectuals. Our cultural activists have always been at the forefront of our struggle for social freedom. Indeed, the very seeds of Africa’s emancipation were sown by African writers and intellectuals, armed with a Pan-African vision, both at home in Africa and in the African diaspora.
Our African writers and thinkers animated the consciousness for Africa’s freedom and independence and in many different ways opened the debate and provided guidance for a liberation mind-set to emerge. In our present circumstances, we must encourage creativity and encourage our artists especially the younger ones to intervene and critically assess where we are and ask relevant questions.

The writers of the 20th and indeed 21st centuries in Africa continue to be guiding stars and highly sensitive critics of our development process. Names such as Chinua Achebe, Ngugi, Wole Soyinka, Nadine Gordimer, Naguib Mahfouz, Mariama Bâ who all reflect the African reality and aspirations. The role of African-American literature, Pan-African literature and literature from South Africa in the early 20th century were vital for the important work of raising racial and nationalist awareness, especially in the interwar years.
Today we ask ourselves what are the thoughts, ideas and practices that would lift us out of indecision, uncertainty and dependency. It is time to revisit the cultural and political strategies that helped us liberate ourselves colonialism. It is time to double our efforts and take inspiration from great Pan-African leaders like Kwame Nkrumah. Not only was he a tireless fighter for political freedom but also a man of culture that left no less than 15 books, which serve as a guide for decolonization and African freedom. Nkrumah provided the framework for liberation and development.

From where I stand, one of the most effective ways to understand where we are and what we must do can be found in his book Consciencism. Nkrumah uses reasoning, critical analysis and logic to provide a philosophy which forms the basis of his ideology of liberation, justice and unity; decolonization, socialism and Pan-Africanism. And I quote:
“The philosophy that must stand behind this social revolution is that which I have once referred to as philosophical consciencism; consciencism is the map in intellectual terms of the disposition of forces which will enable African society to digest Western and Islamic and the Euro-Christian elements in Africa, and develop them in such a way that they fit into the African Personality. The African Personality itself defined by the cluster of humanist principles which underlie the Traditional African Society. Philosophical consciencism is that philosophical standpoint which, taking its start from the present content of the African conscience indicates the way in which progress is forged out of the conflict in that conscience.”

I wish to end by referring us to one of the mot important speeches Nkrumah made in relation to scholarship, history and social change. At the opening of the Institute of African Studies at the University of Ghana in 1963, Nkrumah urged us to study our societies deeply and use that knowledge to fashion solutions for our problems from an African perspective. For Nkrumah, for us to develop we needed to know ourselves and overturn the negative perceptions of us and connect our scholarship with the African Diaspora. To develop rapidly, we need a mindset that is guided by the principles of self-determination and self-reliance, our guidelines for decolonization should inform our development policy. This state of consciousness of entire freedom can only be reached through embracing an ideology for decolonization and Pan-Africanization to break away from the kind of thinking and practice that works against the interest of the vast majority of our people and deprives them of basic rights, cultural and spiritual fulfillment.
I quote:
“When I speak of a new interpretation and new assessment, I refer particularly to our Professors and Lecturers. The non-Ghanaian non-African Professors and Lecturers are, of course, welcome to work here with us. Intellectually, there is no barrier between us and them. We appreciate, however, that their mental make-up has been largely influenced by their system of education and the facts of their society and environment. For this reason, they must endeavour to adjust and re-orientate their attitudes and thought to our African conditions and aspirations. They must not try simply to reproduce here their own diverse patterns of education and culture. They must embrace and develop those aspirations and responsibilities which are clearly essential for maintaining a progressive and dynamic African society

One essential function of this Institute must surely be to study the history, culture and institutions, languages and arts of Ghana and of Africa in new African-centred ways — in entire freedom from the propositions and pre-suppositions of the colonial epoch, and from the distortions of those Professors and Lecturers who continue to make European studies of Africa the basis of this new assessment. By the work of this Institute, we must re-assess and assert the glories and achievements of our African past and inspire our generation, and succeeding generations, with a vision of a better future

But you should not stop here. Your work must also include a study of the origins and culture of peoples of African descent in the Americas and the Caribbean, and you should seek to maintain close relations with their scholars so that there may be cross fertilisation between Africa and those who have their roots in the African past.”

Kwame Nkrumah and other architects of Pan-Africanism might not be physically with us today but the force, the spirit, the hope behind the vision for self-reliance and African freedom never died. We are re-dedicating ourselves to our mission to wean ourselves off the dependency syndrome. We draw strength from the relevance of that vision to re-capture the spirit and strategies that successfully defeated colonialism and apartheid and it is that spirit that will re-create the hundreds of well-panned and integrated industries, a de-tribalized society and a pacemaker nation in world. When Africa explores an alternative framework for socio-economic transformation through increasing our manufacturing capabilities and using existing technologies we will consolidate ownership of our natural resources.

African writers, you are custodians of our current socio-economic history – as journalists and even fiction writers. You record and remind us of our reality as a people on this continent and not as others choose to depict us. African writers must continue to be relevant, must be true to the people’s struggles to eradicate poverty and ignorance. We need you. You provide the moral fibre and intellectual firepower for that struggle. We want you to write the script for own development story. My greatest desire is for you and I to live through such a change.